What are the Most Common Warning Signs of Gingivitis? 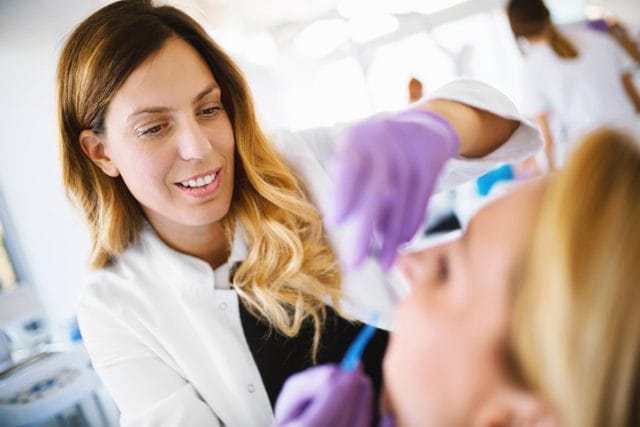 Many times, people overlook the early signs and symptoms of gum disease, which is known as gingivitis. The most common signs are bleeding gums and persistent bad breath. If these symptoms are left untreated, it can lead to other health risks.

Gingivitis is inflammation of the gums and is a mild form of gum disease (periodontal disease).

How do you get gingivitis?

Gingivitis usually forms because of bacterial growth in your mouth as a result of inadequate brushing and flossing, which allows plaque – an invisible, sticky, bacteria-filled film – to form on your teeth. If it stays on your teeth longer than a day or so, plaque can harden into a material called tartar, which hardens under your gum line. Tartar causes irritation along your gums, and the longer it remains, the more it can irritate your gums.

In addition, an increased risk of gingivitis has been linked to the following:

What are the warning signs of gingivitis?

The following signs can indicate the presence of gingivitis:

Can gingivitis be treated or reversed?

Gingivitis can be reversed if it’s treated early enough, allowing you to avoid serious symptoms such as tooth loss. Treatment can include the following:

What happens if your gingivitis gets worse?

Gingivitis that progresses can lead to a more serious condition called periodontitis. This can cause the following:

If you have symptoms of gingivitis, call Dental365 at 844-365-DENTAL today for an appointment or simply stop by one of our many convenient NY locations. We’re open seven days a week with extended weekdays hours and provide services ranging from routine cleanings to oral surgery.