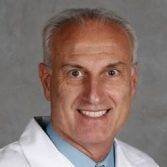 Charles Silk, D.D.S., Prosthodontist graduated from New York University College of Dentistry in 1983. He is also a graduate of the prestigious Advance Education Program in Prosthodontics from NYUCD. He specializes in cosmetic dentistry, implants, crowns and dentures. For the past 10 years he has been an Associate Clinical Professor at NYC College of Dentistry teaching both at the doctorate and post doctorate level. He is a recipient of the I. Kenneth Addison Prosthodontic Award and won first prize at the American College of Prothodontics annual meeting.

He has authored numerous publications, been interviewed on radio and lectured nationally in cosmetic and prosthetic dentistry. He is the past president of the New York Academy of Cosmetic Dentistry, a chapter of the American Academy of Cosmetic Dentistry. He is also an active member of the American College of Prosthodontists, American Dental Society, New York County Dental Society and International Academy for Dental Facial Aesthetics.

He has taken some of the most difficult cosmetic cases and has restored them to create the most beautiful smiles. His patients include models, actors and celebrities.

Dr. Silk enjoys traveling with his family, has played professional basketball internationally and loves to ski and bike. He has traveled as far as New Zealand and Switzerland pursuing his skiing interests. He also enjoys local skiing and shows his support by contributing to the Hunter Mountain Ski Team in upstate New York. Aside from his work in the dental arena, he is also donates his time, energy and resources to a number of charitable causes, including Susan G. Komen for the Cure.