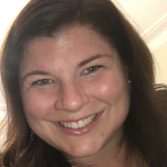 Dr. Shemanski has been practicing endodontics for the past 10 years on Long Island and in New York City. In addition, Dr. Shemanski has taught dental residents at Nassau University Medical Center and at Montefiore Medical Center. Dr. Shemanski is committed to excellence, and believes in performing state-of-the-art, virtually painless root canal therapy of the highest standards, even for the most fearful patient. When not practicing, Dr. Shemanski enjoys family time with her husband, son, and daughter.