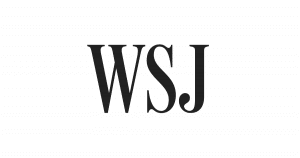 By Eric Morath and Kim Mackrael

Employers hit hard by the coronavirus pandemic and businesses with renewed demand are driving hiring in the U.S. jobs recovery.

Businesses such as health-care providers and restaurants—which closed during pandemic lockdowns—have recalled millions of laid-off workers. Job growth has also been boosted by increased demand in a handful of industries such as logistics, financial services and retail, including at furniture stores.

Hiring jumped in May and June when employers added 7.5 million jobs to payrolls—the best two-month stretch on records back to 1939, according to the Labor Department. This week the total number of online job postings surpassed seven million for the first time since April, according to ZipRecruiter.

Still, gains in job openings flattened in July and are down from 11.4 million in February, and job gains are well short of replacing the 21 million jobs lost in March and April when the pandemic first hit. Recent labor-market readings—including the first increase in weekly jobless claims in nearly four months—also suggest the recovery’s momentum is threatened by the virus’s recent surge.

But employment gains in some pockets of the economy mean job seekers are finding new opportunities, which in turn could result in more people searching for work.

“Employment is still rising in July, but at a slower pace than in May and June,” said Conrad DeQuadros, economist at Brean Capital LLC. He said he expects to see job gains in industries such as construction and manufacturing, where social distancing is easier, and less of an increase at businesses dependent on public gatherings, such as restaurants and stores.

Health care and logistics are industries with high demand for new workers, according to ZipRecruiter. Since May 1, 18% of all new job postings have been in the health field and 15% have been in transportation and storage, a sector that is expanding as more consumers purchase goods online.

Capstone Logistics LLC, which operates nearly 560 warehouses across the U.S., has added about 1,500 employees to its staff of roughly 15,000 since the pandemic began.

“We’ve been hiring like crazy,” Mr. Tomcho said. “I don’t see anything that tells me that this volume is going to subside.” He said the company’s average workload volume across all of its warehousing operations and industries is up about 8% from last year.

ZipRecruiter labor economist Julia Pollak said overall hiring is likely to outpace layoffs, despite the rise in coronavirus cases in several states. She expects total payrolls to continue to grow this summer, though at a slower pace than the spring.

“Those gains are entirely accounted for by businesses recalling workers on temporary layoffs,” she said, adding that activity isn’t typically reflected in job postings because employers don’t post jobs to be filled by laid-off employees.

Health-care employment, particularly jobs at doctor and dentist offices, has experienced strong hiring in recent months, after a sharp decrease. Employment at dentist offices has more than doubled since a low point in April, the fastest growth of any sector tracked by the Labor Department.

Dental365, a chain with 46 locations in the New York City area, laid off more than 400 of its 600-person staff in March when the offices closed for nonemergency work, Chief Executive Scott Asnis said. But business was steadier than he expected this spring because hospitals and urgent-care centers referred emergency patients in need of dental care. Dental365 reopened all of its offices in June and has recalled most of its staff, he said.

“I was shocked how busy we were,” Dr. Asnis said. “I told the staff, ‘Come on back, see how safe it is’ because we have a responsibility to serve our patients.”

Some staff were reluctant to return, he said, because they were receiving about $1,100 a week in unemployment benefits—equivalent to what they previously earned—but without associated costs of child care and transportation. Last month, Dr. Asnis told employees that if they declined to come back, he would no longer be able to save their spot. He has since hired about 50 new workers, many from dentist offices that permanently closed, bringing staff close to prepandemic levels.

Restaurants have been one of the fastest-growing industries the past two months, as states allowed at least limited operations to resume. Food-service employment fell nearly in half in March and April, to 6.2 million, but bars and restaurants have since recouped about half of jobs lost, to 9.2 million in June.

Garry Brammer, owner of The Bank Restaurant in Pendleton, Ind., said he is interviewing candidates this week to fill six kitchen and serving positions. Mr. Brammer, who currently has a staff of 13, said he is trying to ramp up to the same staffing level he had before the pandemic.

Restaurants in Indiana are currently allowed to operate at as much as 75% capacity, with 50% capacity in their bar areas. Mr. Brammer said adding more employees will allow him to keep the restaurant open six days a week, instead of five.

Despite 11.2% unemployment in the state, a job posting from early June went unanswered for four weeks. Mr. Brammer attributed this to enhanced unemployment benefits that give many workers an extra $600 a week. “Just late last week we started to get applicants coming in,” he said.

Congress is currently considering whether to extend or alter those benefits, which expire at the end of the month.

Some states, including Texas and California, have imposed new restrictions on dining in response to increased cases, resulting in fresh layoffs.

Delivery services, securities and investment firms, and general merchandise stores, which include Walmart Inc. and Costco Wholesale Corp., are among the few industries that have increased employment since February, according to the Labor Department.

Fidelity Investments, the Boston-based investing firm, had expected to add some 2,000 new consultants and other client representatives later this year. But in April the firm accelerated those plans after news about the spread of the virus had turned markets volatile and flooded Fidelity’s website and call centers with customer inquiries.

“They want more advice, and more help,” said Nicole Goodnow, a Fidelity spokeswoman.  The company has since filled more than 2,000 new positions, including some in regional hubs such as Westlake, Texas, and Covington, Ky.

Other industries—including barbers and other personal services, auto factories and furniture stores—are experiencing particularly strong growth since restrictions were lifted in many states.

Sales at The Sofa Store, a furniture store with two showrooms in Maryland, have been roughly double their year-earlier level since a state lockdown was lifted in late May and in-person shopping was allowed to resume, general manager Jason Brager said.

“Our business has been flying,” Mr. Brager said. He said the company’s year-to-date sales are now up slightly from last year, despite a six-week shutdown.

Mr. Brager said he has hired nine additional delivery employees since May, roughly doubling the number of staff available to make deliveries and he is looking to add more sales employees. “People have disposable income that they aren’t spending on trips and eating out,” Mr. Brager said. “They are spending a lot more time at home and that’s where they’re spending their money.”

—Justin Baer contributed to this article.

To view this article on WSJ.com, click here (must have a WSJ.com subscription to read).